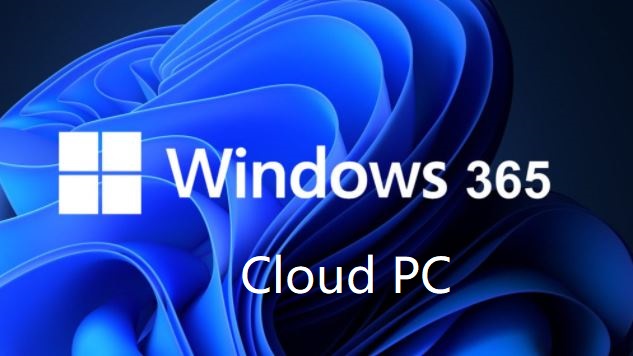 Microsoft is putting Windows in the cloud. Windows 365 is a new service that will let businesses access Cloud PCs from anywhere, streaming a version of Windows 10 or Windows 11 in a web browser. While virtualization and remote access to PCs has existed for more than a decade, Microsoft is betting on Windows 365 to offer Cloud PCs to businesses just as they shift toward a mix of office and remote work.

Windows 365 will work on any modern web browser or through Microsoft’s Remote Desktop app, allowing users to access their Cloud PC from a variety of devices. Windows 365 provides an instant-on boot experience, and this instant access lets workers stream their Windows session with all their same apps, tools, data, and settings across Macs, iPads, Linux machines, and Android devices. So theoretically you can pick up right where you left off, because the state of your Cloud PC remains the same, even when you switch devices.

Windows 365 will only be available for businesses when it launches on August 2nd, with a per-user monthly subscription cost. Microsoft is not detailing exact pricing details until the service launches next month, but Windows 365 is designed for one-person businesses all the way up to enterprises with thousands of employees.

There will be two editions of Windows 365: Business and Enterprise. Both are powered by Azure Virtual Desktop, and individual Cloud PCs can be configured with a single CPU, 2GB of RAM, and 64GB of storage at the low-end, all the way up to eight CPUs, 32GB of RAM, and 512GB of storage. Microsoft is offering twelve different configurations for both Windows 365 Business and Enterprise, and businesses will be able to scale processing power so there will be lots of options to choose from.

Technically, Microsoft offering Windows in the cloud isn’t much different to the myriad of choices that businesses could already opt for with virtualization right now but the main difference is that prices can be fixed, so Windows 365 is really going to make an enormous difference for organisations that wanted to try desktop virtualization but for assorted reasons could not make it commercially viable.

MSPs and IT departments will be able to create Cloud PCs within minutes and assign them to employees, avoiding the need for dedicated physical hardware. That could be appealing for many businesses hiring remote workers or even temporary contract staff that need to securely access a corporate network. As your entire Windows PC is in the cloud, employees don’t need to navigate VPNs or worry about security on personal devices. The subscriptions costs will be added to the monthly CSP billing.